Sisältöön
Our European umbrella organisation, the European Women’s Lobby (EWL), has elected a new Board of Administration for the next term. Finland and the Coalition of Finnish Women’s Associations NYTKIS will be represented by Fatim Diarra (Board Member), the President of the Feminist Association Unioni and a Board Member of NYTKIS, and Silla Kakkola (Alternate), the Secretary General of NYTKIS. 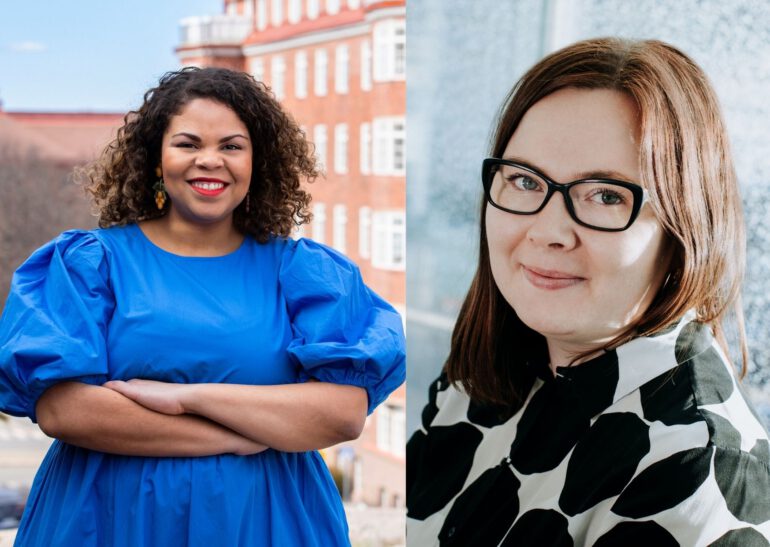 EWL represents more than 2,000 women’s associations from 26 EU Member States and works to promote women’s rights and equality in all sectors of society and in decision making within the EU institutions. The EWL is also a key way for us to influence EU decision making, and we feel it is important that, through our work as part of EWL’s Board of Administration, we can also make the voice of Finnish women’s associations heard at the international level.

Women’s rights are under threat today, including in EU Member States. The opposition to the Istanbul Convention is an example of worrying activities that seek to restrict women’s rights.

“Women’s rights are under a new conservative attack, as the examples of Poland, Hungary and Turkey demonstrate. Our sisters will now have to fight the battles their mothers and grandmothers fought all over again. We are pleased that, as representatives of NYTKIS, we can make the Feminist Association Unioni’s expertise more accessible to women in these countries. It’s a tremendous honour to be able to work for women’s rights at the European level,” says Fatim Diarra.

The EWL has also strongly highlighted the gender impact of the COVID-19 pandemic over the past year.

”The gender impact of the pandemic has been very noticeable, and the pandemic has impacted matters such as women’s livelihoods and the gendered division of care. Through European cooperation, we will also be able to tackle these issues. Women’s rights and equality must be part of the EU’s recovery efforts across the board,” says Silla Kakkola.

The term of the EWL’s Board of Administration is two years. The new Board was elected at the annual General Assembly held on 5–6 June 2021. In 2020, NYTKIS was represented by Secretary General of NYTKIS Johanna Pakkanen and Milla Pyykkönen from the Feminist Association Unioni.